Delayed But Not Denied 3: Real People Sharing Stories About Healing and Growth

The one common thread that binds over forty-five aspiring writers is the Delayed But Not Denied Book Series. The contributors of all three books share a diverse tapestry of insight, which is woven together by the drive to define their own successes. They share their stories of tragedies and triumphs with the prayer that, a sentence, a paragraph or a chapter will empower others to push a bit harder and to be their authentic self. In Delayed But Not Denied Book 3: Real People Sharing Stories About Healing and Growth, each woman's testimony lets readers know that regardless of what you have been through you are extraordinary too! 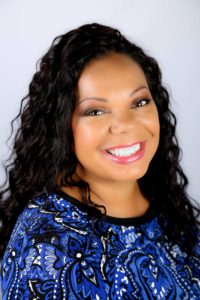 Kristin Vaughan Robinson is an editor, writer, and content strategist with more than twenty years of experience in media, print, and digital publishing fields. Her love of writing began in high school when she attended a summer journalism workshop at Howard University, which led her to become the editor-in-chief of her high school’s newspaper. She began her career as a newspaper reporter at the Philadelphia Inquirer and the Palm Beach Post before she left print for the digital space, where she focused on women’s lifestyle content, books, and entertainment news. Kristin is a co-author of several books, including the second book in the Delayed But Not Denied anthology series and a new children’s picture book, Just Do the Right Thing. Her work has been published in Essence, Black Enterprise, The Boston Globe, and in other national publications and websites. Kristin has held top editorial positions at digital properties, including Essence.com, Everyday Health, and Black Entertainment Television’s website, BET.com, and has appeared as an on-air guest expert, red carpet contributor, speaker, and panelist. Kristin has also regularly ghostwritten editorial content for some of the biggest names in women’s health and fitness, including celebrity trainer Jillian Michaels, Denise Austin, and Joy Bauer. Most recently, Kristin has been looking for more opportunities to speak at workshops, events, and conferences about moving through grief and rebuilding after a major setback. She is a proud graduate of Howard University and holds a master’s degree in journalism from the University of Maryland College Park. She lives in St. Albans, New York, with her two children.